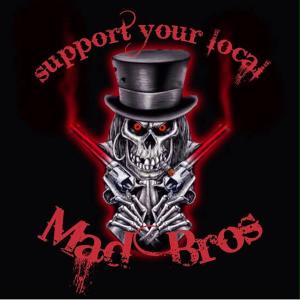 Daniel Thomas Tirabasso, (Danny), aged 66 years, went to be with Our Heavenly Father on Thursday morning, March 18th, 2021 at 5:52 AM, at his Burton Twp home in his loving wife's arms. He was born in Southern California February 1st, 1955, to Dominic and Serafina (nee Capobianco) Tirabasso.

Fondly named after Danny Thomas, who was one of his father's personal friends, Danny was acquainted with the actor in his early youth. When Danny was 12, his family moved from California to Little Italy in Cleveland Ohio, while they built their family home in Burton Twp where he lived, throughout his school years. Danny was a confirmed Roman Catholic, and remained devout for his entire life. Danny attended St. Helen's Catholic school, where he was one of the founding members of the Unicycle troop, which performed nationally, in parades, demonstrations and on television shows. He graduated from Berkshire Highschool in 1973.

Danny was a sports enthusiast having had played team sports while growing up. He was a great fan of the Cleveland Indians and Cleveland Browns teams. Danny also was a lifelong music appreciator, with a particular love of The Beatles, and a vast appreciation to the Classic rock, country and folk of his time. His love for music was only equaled by his love to work, where he excelled as an artisan and industrial tile setter.

But what was Danny's life passion and reason to be, was his passion for motorcycles, riding, and motorcycle Brotherhood. He was a long time Brother in the Mad Bros. Motorcycle Club, and the Mad Bros. were another type of true family to him. Danny rode every one of his bikes like the wind, and embodied the adage "Live to ride, Ride to live". He was a genius when it came to mechanics and accumulated mechanical experiences. He loved to ride fast, and ride far, having toured parts of USA, of which most people can only dream. His electric, magnetic, fun personality drew people to him in droves throughout his life, and he valued every friend he ever made.

Danny was a very talented, charismatic, dynamic and knowledgeable man, more multifaceted than this obituary can fully express...

Danny is preceded in death by his parents, his older brother Charles Tirabasso, and late Mad Bros.

To send flowers to the family or plant a tree in memory of Daniel Thomas Tirabasso, please visit our floral store.